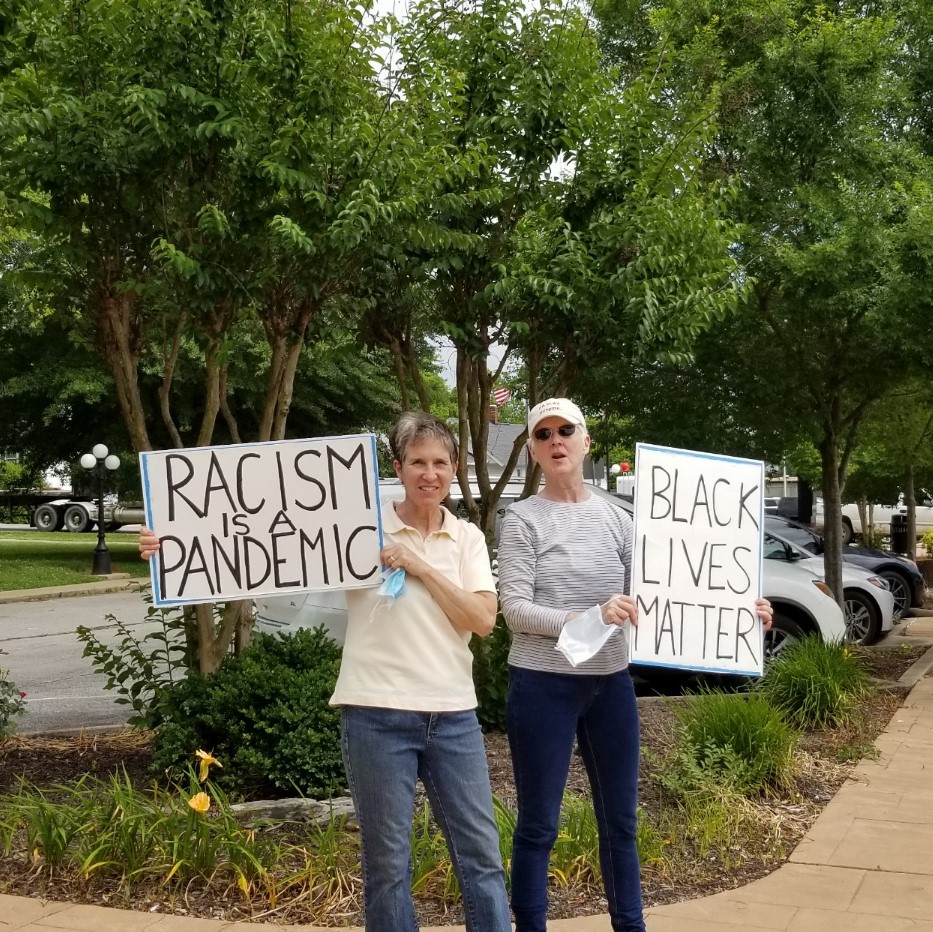 In Uncategorized
By Karen Stell

On June 9, 2020 several people gathered by the courthouse in Ashland City to protest systemic racism and support the Black Lives Matter movement.  Many passersby were in agreement with the message and waved, honked, or gave the thumbs up.  There were a few people who were not appreciative of our presence and voiced their disagreement.

Peaceful protest is a fundamental right and responsibility of all citizens and it is under threat from the Trump administration who used military tactics and weapons against peaceful protesters in Washington, DC to allow for Mr. Trump to have a photo op.

We live in a racist society that perpetuates systems to marginalize people of color under the threat of violence.  Police brutality can not be tolerated and accountability must be demanded.  White people must speak up against racism. If we do not, we are part of the problem.

Another peaceful demonstration is planned for Sunday June 14th from 1 pm to 2:30 pm at the courthouse in Ashland City.  All who come in peace are welcome.